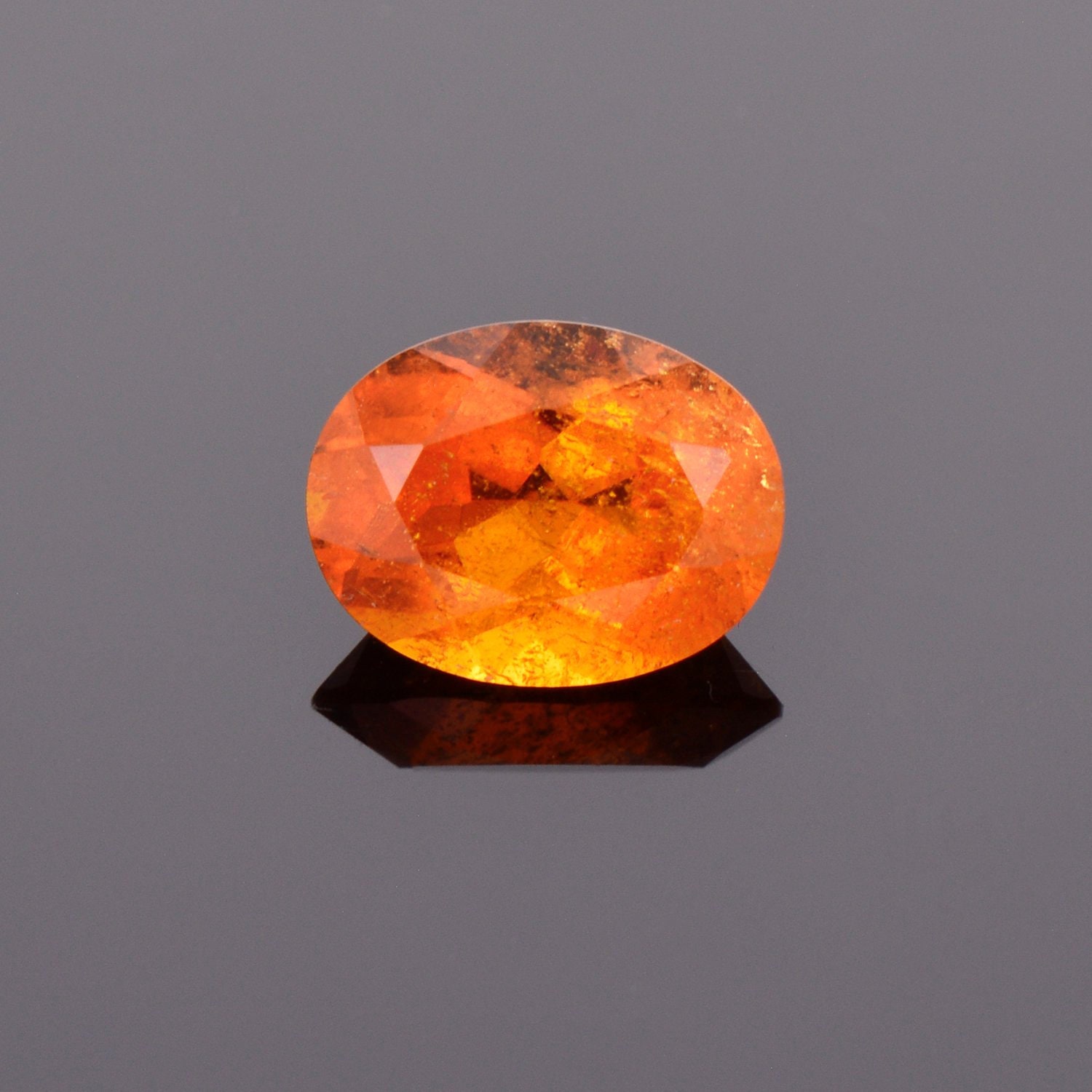 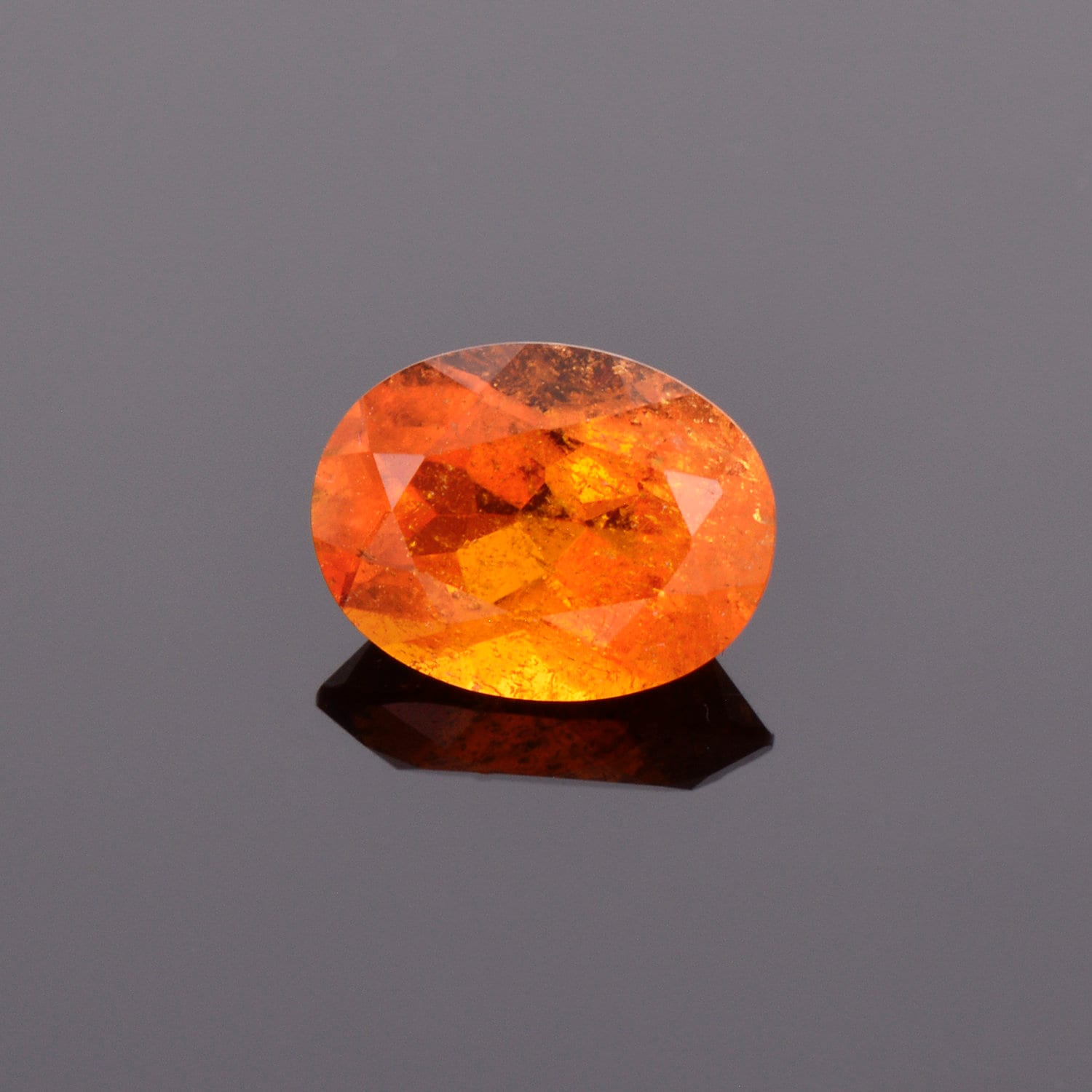 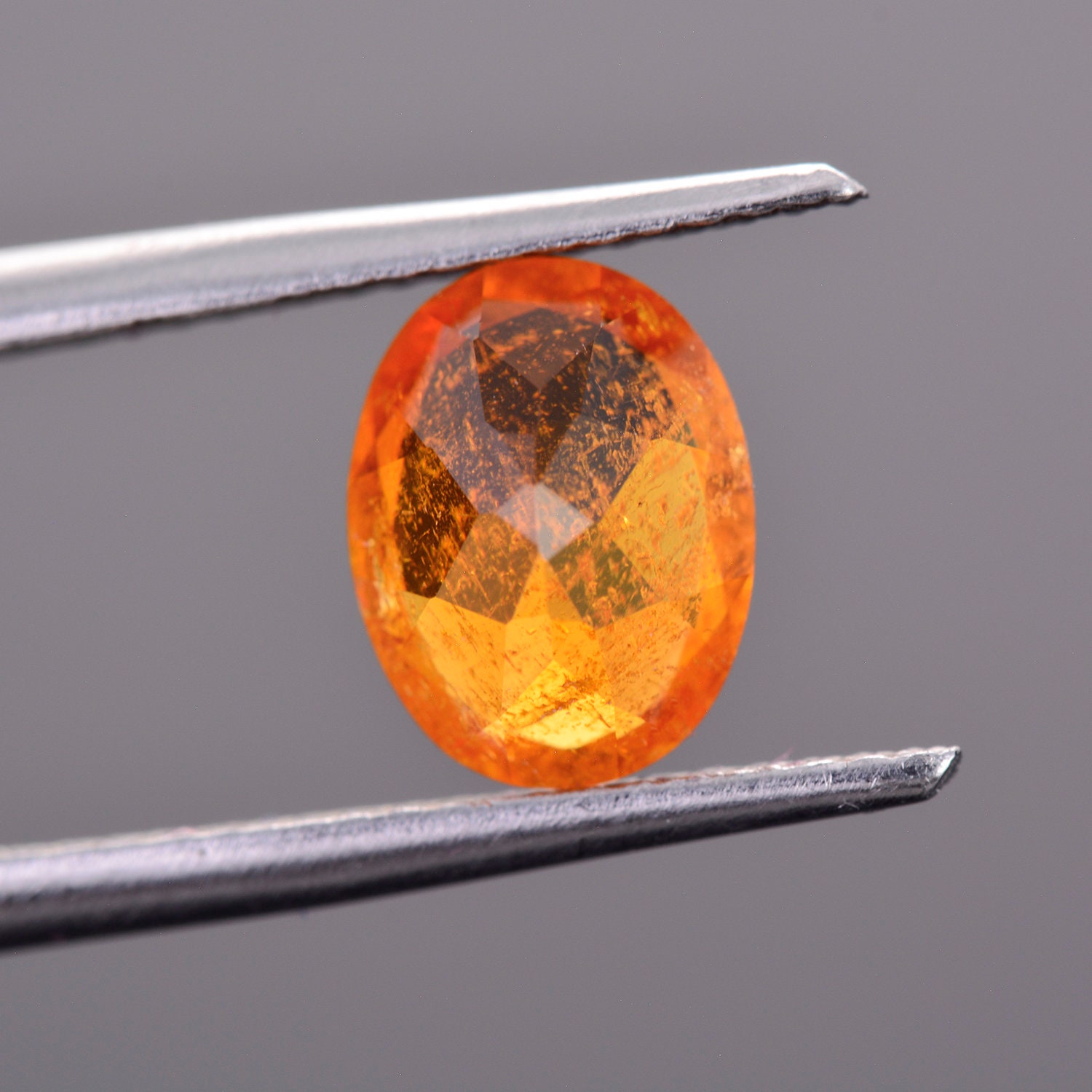 Clinohumite is certainly a rare gem, and only a small quantity has ever been found from any of the few world localities it comes from. It is a magnesium silicate with a harness of 6 which can be used in jewelry. It was first discovered in metamorphosed limestone ejected from Mt. Vesuvius in 1876. Transparent gem-quality bright yellow to deep orange Clinohumite was found only recently (in the early 1980s, later in 2000, and again in 2015) in the Pamir Mountains of Tajikistan. This stone was cut from the material that was found in 2015. This stone is approaching 2 carats which is a nice size for most rare gem materials. These stones are now becoming difficult to find on the market today and will eventually be unavailable. Don’t miss out on this fascinating rare gem. Enjoy!